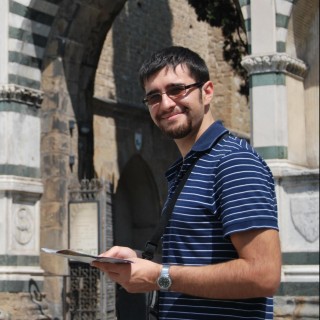 If you like my work and want to buy me a beer...

Hello fellow reader, it has been a while since I posted here and I’m really ashamed of that. I just want to make sure that I didn’t lose the ability to write and reassure everyone that I didn’t abandon any of my open-source activities. On the contrary I’m working harder than ever.

In the last few weeks I’ve been the main developer of the new ubuntu-terminal-app (https://launchpad.net/ubuntu-terminal-app/reboot), which is a complete rewrite of the terminal application for the ubuntu platform.

All this started from the foundations, with a shiny new port of QTermWidget (originally Konsole) to QML (https://github.com/Swordfish90/qmltermwidget). This aims to an independent QML terminal widget, so if you want to create your own terminal emulator and you need a terminal engine give it a go, it’s quite good (you know you should never ask a barber if you need a haircut). Compared to the previous version this it has more features, it’s more reliable and is closer to upstream so we can effectively work with them for the benefit of everyone.

But a new engine wasn’t enough, so I started a rewrite of the application that yesterday saw the light of day and was released on the click store as Terminal Reboot. As you can see it features a new look and feel, tabs support with previews, configurable bottom keyboard bar (in the short future customizable via JSON files) and more. Everything is thought to to maximize the screen estate and to be as fast as possible on touch devices (but don’t worry desktop users we are also thinking about you).

Please keep in mind that this is still a preview and some issues are expected but if you have some spare time or you want to try something new just install it and report issues, ideas, mockups or why not, even patches. We will be happy to take a look at them!

But, but, but what happened to cool-retro-term? No worries, CRT is not going anywhere. I already ported it to the new QMLTermWidget and in the next days I’m going to start a new refactoring and cleanup campaign on it.